HIV/AIDS in the Community

HIV/AIDS TRENDS FOR THE STATE OF GEORGIA

Statistics of People Living with HIV in the State of Georgia 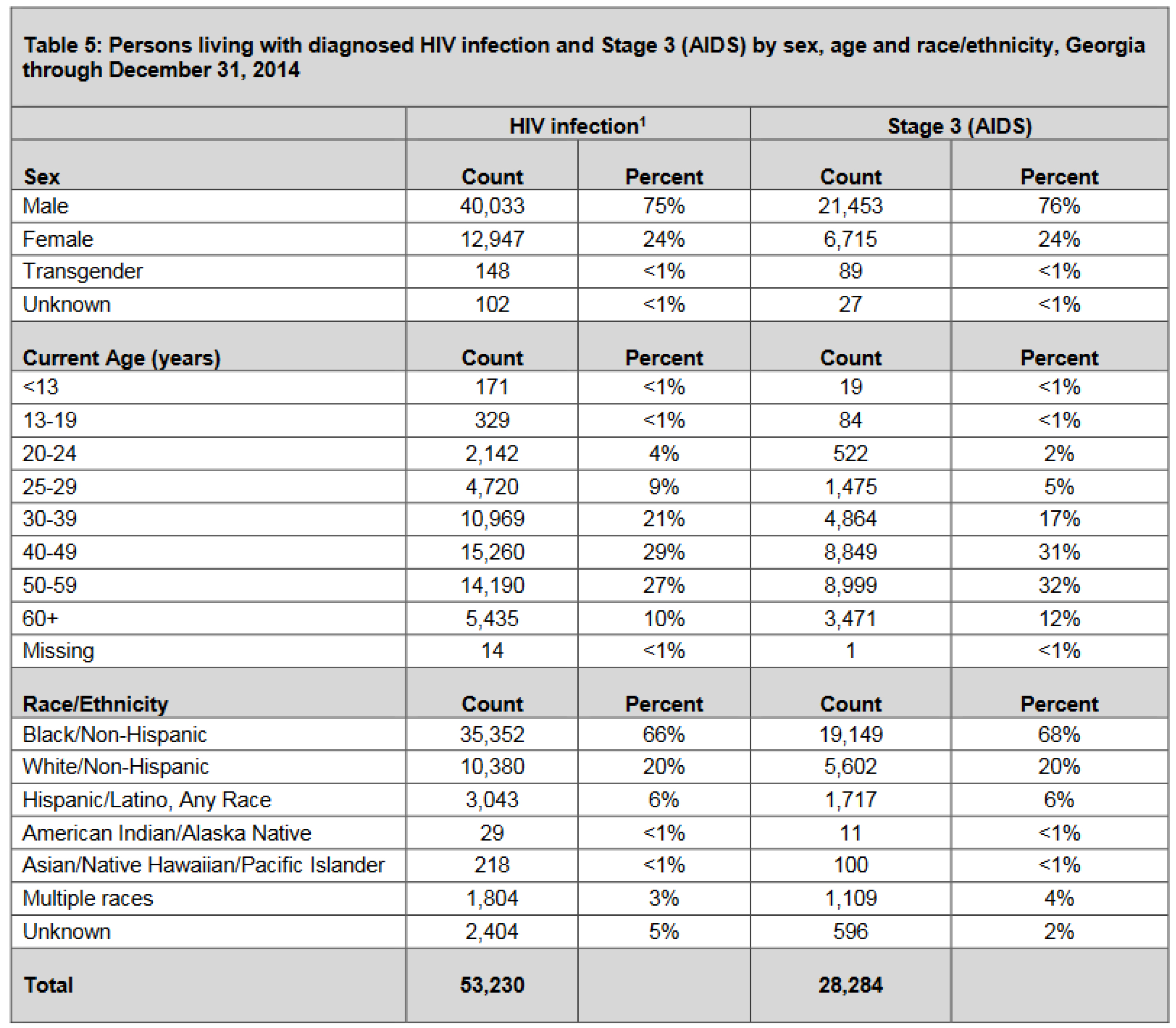 Feel free to visit CDC's HIV in the United States: At A Glance page for more information on national statistics.

For free anonymous information and support, contact the Georgia AIDS & STD InfoLine at 1-800-551-2728